This is "Kampong Senaling" taken in 2006. Has not changed since the 50s - gateway to Sri Menanti
'Kampong Senaling is approximately 5 kilometres from Kuala Pilah - on the Tampin trunk road'
" MAY PEACE BE UPON YOU "

Mark was walking home from school one day when he noticed the boy ahead of him had tripped and dropped all of the books he was carrying, along with two sweaters, a baseball bat, a glove and a small tape recorder. Mark knelt down and helped the boy pick up the scattered articles. Since they were going the same way, he helped to carry part of the burden. As they walked Mark discovered the boy's name was Bill, that he loved video games, baseball and history, that he was having a lot of trouble with his other subjects and that he had just broken up with his girlfriend.
They arrived at Bill's home first and Mark was invited for a Coke and to watch some television. The afternoon passed pleasantly with a few laughs and some shared small talk, then Mark went home. They continued to see each other around school, had lunch together once or twice, then both graduated from junior high school. They ended up in the same high school where they had brief contacts over the years. Finally the long awaited senior year came, and three weeks before graduation, Bill asked Mark if they could talk.
Bill reminded him of the day years ago when they had first met. "Do you ever wonder why I was carrying so many things home that day?" asked Bill. "You see, I cleaned out my locker because I didn't want to leave a mess for anyone else. I had stored away some of my mother's sleeping pills and I was going home to commit suicide. But after we spent some time together talking and laughing, I realized that if I had killed myself, I would have missed that time and so many others that might follow. So you see, Mark, when you picked up my books that day, you did a lot more. You saved my life."John W Schlatter - extracted from 'Chicken Soup for the Soul, Jack Canfield & Mark Victor Hansen,Health Communication,Inc, 1993.Cuanto menos se diga, mejor / menos hay que rectificar / Least said, soonest mended - Spanish Proverb
Posted by BUDAK SENALING at Thursday, May 22, 2014 1 comment:

JOSH AND HIS JAG
About ten years ago a young and a very successful executive named Josh was travelling down a Chicago neighbourhood street. He was travelling a bit fast in his sleek, black, sixteen-cylinder Jaguar XKE, which was only two months old. He watched for the kids darting out from between parked cars and slowed down when he thought he saw something. As his car passed, no child darted out, but a brick sailed and - whump - smashed into the Jag's shiny side door. SCREECH !!! Brakes slammed. Gears pounded into reverse and tires madly spun the Jaguar back to the spot from where the brick was thrown. Josh jumped out of the car, grabbed the kid and pushed him up against a parked car. He shouted at the kid, "Just what was that about? Who do you think you are?" Building up a head of steam he continued, "That's my new Jag; that brick is going to cost you plenty. Why did you throw it?"

"Please ... please, mister, I'm sorry. I didn't know what else to do," pleaded the youngster. "I threw the brick because no one else would stop". Tears were dripping down the boy's chin as he pointed around the parked car. "It's my brother,mister", he said. "He fell out of his wheelchair and I can't lift him up". Sobbing, the boy asked the executive, "Would you please help him back into his wheelchair? He's too heavy for me". Moved beyond words, the young executive tried desperately to swallow the rapidly swelling lump in his throat. He helped the youngster upright the wheelchair and the two of them lifted his brother back into the chair. It was a long, long walk back to the sleep, black, sixteen-cylinder Jaguar XKE - a long and slow walk. Now, Josh never did fix the side door of his Jaguar. It reminded him not to go through life so fast that someone has to throw a brick at him to get his attention.
Josh Ridker - extracted from "A 5th portion of Chicken Soup for the Soul", Jack Canfield and Mark Victor Hansen, Health Communications, Inc., 1998
Ability has no school - Kurdish Proverb
Posted by BUDAK SENALING at Monday, May 19, 2014 No comments:

ON ADVICE
If I were asked to give what I consider the single most useful bit of advice for all humanity, it would be this : expect trouble as an inevitable part of life, and when it comes, hold your head high. Look it squarely in the eye, and say, "I will be bigger than you. You cannot defeat me" : Ann Landers
Let bygones be bygones : Spanish Proverb
Posted by BUDAK SENALING at Thursday, May 15, 2014 No comments:

AGING
I think we're finally at a point where we've learned to see death with a sense of humour. I have to. When you're my age, it's as if you're a car. First a tyre blows and you get that fixed. Then a headlight goes and you get that fixed. And then one day, you drive into a shop and that man says, "Sorry, Miss, they don't have this make any more".
Katherine Hepburn - extracted from "Speakers's Sourcebook II", Glen Van Ekeren, Prentice Hall, 1994
Everyone sees things from his or her own point of view - Spanish Proverb
Posted by BUDAK SENALING at Wednesday, May 14, 2014 No comments:

ON LISTENING
It's a mistake to think we listen only with our ears. It's much more important to listen with the mind, the eyes, the body, and the heart. Unless you truly want to understand the other person, you'll never be able to listen.
Mark Herndon : Writer - Cited in Bits & Pieces


Fear an ignorant man more than a lion : Kurdish Proverb
Posted by BUDAK SENALING at Thursday, January 02, 2014 No comments:

WHY DOES HAIR TURN GRAY?
Despite what your parents may have told you, it's very unlikely that you caused their gray hairs. Severe trauma or some medical conditions have been known to "put snow on the roof", but scientists have yet to link rotten children to the phenomenon. In most cases, the real culprit is Father Time.

"Melanocyte" cells are the magic ingredients that give hair its wide range of colour - from lightest blonde to darkest blonde. But by our mid-twenties, the melanocytes become less active. Hairs begin to emerge from follicles with less pigmentation, causing them to look gray. When melanocytes stop working altogether, the hair grows with no pigmentation, just the white colour of its original protein.
Source : Why In The World? : Reader's Digest

LEADERS' ENERGIZED
The world of the '90s and beyond will not belong to managers or those who make the numbers dance, as we used to say, or those who are conversant with all the business and jargon we use to sound smart. The world will belong to passionate, driven leaders - people who not only have an enormous amount of energy but who can energize those whom they lead.
Jack Welch, Chairman and CEO of General Electric - extracted from "Speaker's Sourcebook II", Glen Van Ekeren, Prentice Hall, 1994
There's no substitute for experience - Spanish Proverb
Posted by BUDAK SENALING at Tuesday, October 29, 2013 No comments:

WINNING
Winning is not a sometime thing; it's an all time thing. You don't win once in a while, you don't do things right once in a while ... you do them right all the time. Winning is a habit.
Unfortunately, so is losing. Make the most of what we have. Make winning, not losing, a habit - Vince Lombardi


We're all a little crazy in one way or another - Spanish Proverb
Posted by BUDAK SENALING at Monday, October 28, 2013 No comments:

ON COURAGE
Courage ... is nothing less than the power of overcome danger, misfortune, fear, injustice, while continuing to affirm inwardly that life with all its sorrows is good; that everything is meaningful even if in a sense beyond our understanding; and that there ids always tomorrow.
Dorothy Thompson (1894-1961) Journalist - cited in "Bits & Pieces"
Mischief comes by the pound and goes away by the ounce - Spanish Proverb
Posted by BUDAK SENALING at Sunday, October 27, 2013 No comments: 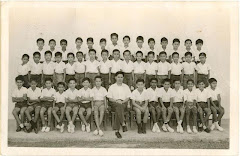 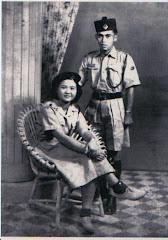 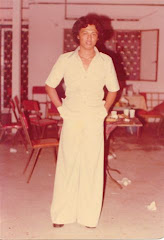 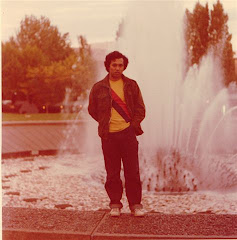 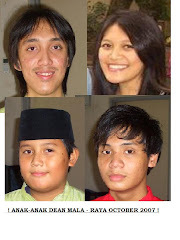 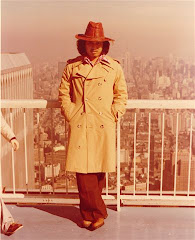